The Mountain Reveals Herself

One of the wonders of driving from Edmonton to Prince George is passing Mount Robson. For many years, we drove past it several times a year, hoping to catch a glimpse of the peak. On many days, clouds cover its peak entirely or in part.

Robson is the highest peak in the Canadian Rockies and the Fraser River headwaters the are in the provincial park bearing its name. We have walked along Robson River a ways, but the path goes for about 19 kilometres to a lake fed directly by a glacier.

An azure ceiling shines above,

Rippling up from a white jacket;

A snowy zipper on a granite skirt;

Standing on guard below,

Silently an entourage of green warriors.

Discovering her nobility and splendour,

She majestically reveals her grandeur–

To us mere mortals. 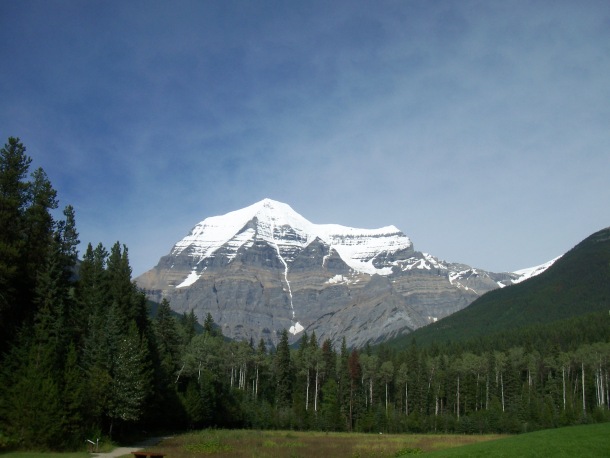