It was a dreary day when we started home from Prince George, British Columbia but, when traveling in the mountains, that is a dynamic that adds to the view. 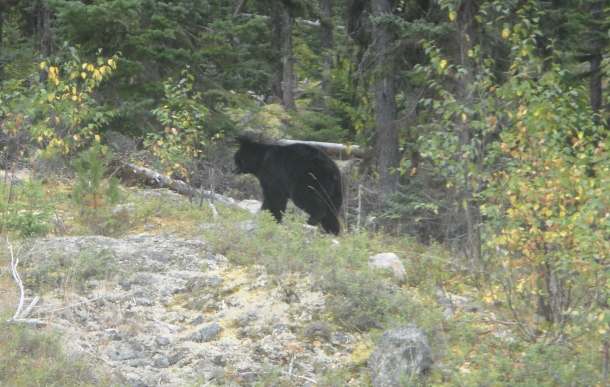 Barely on the road, we spotted a bear browsing on the shoulder above the highway about 10-15 metres from the car. We rolled the window down and he posed before disappearing from sight.

a soft brush at work. 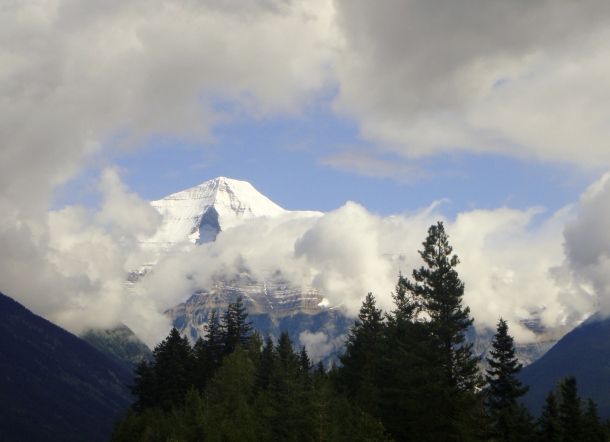 Mount Robson revealed herself within a cloud-like frame pointing her majesty into the blue sky above. I enjoy taking pictures of Mount Robson when the clouds show something different. 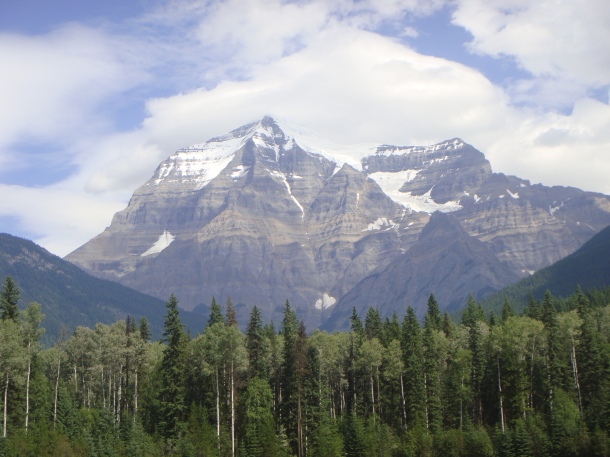 I took this picture of Mount Robson a few days earlier. The white on the mountain is glacier or snow. 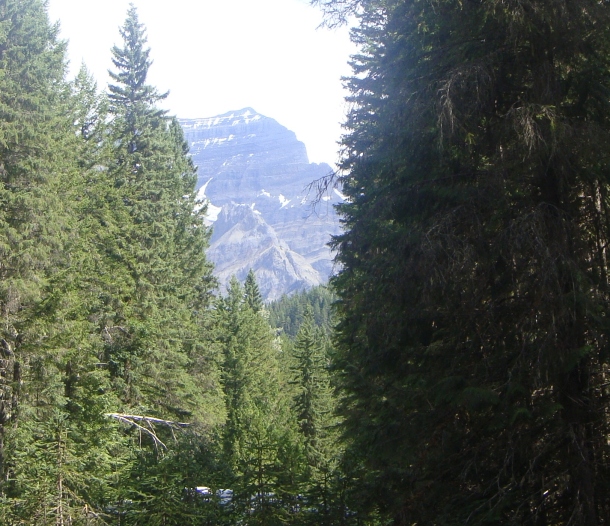 Kathy and I hiked a few hundred metres along the Berg Lake trail. We had not done this before, but it is a hike we will attempt next summer. I settled for this shot of Mount Robson which disappears from sight as you move along the path. In the foreground, is the Robson River which has its headwaters on Mount Robson and flows into the Fraser River a few kilometres further down the highway. I borrowed this picture from Wikipedia, but a goal for next summer is to hike into Berg Lake, camp, and bring back pictures.