I was laid up for the last few days. I have allergies and this time of the year is always a challenge. I think I picked up a bug to give me a double-whammy. I slept a good part of Friday and Saturday and, on Sunday, was upright for most of the day.

I am not sure if I will post later. While sitting upright and not doing much else on Sunday, this Wendell Berry poem kept poking at me.

Living is paradoxical. Parker Palmer described how this creates tension in living. Just as we think everything is as it should be, something pokes at us and unsettles us, calling on us to begin our real work and commencing the real journey. Being mindful and attentive remind us to be still and look below the surface of what is happening.

It may be that when we no longer know what to do
we have come our real work,

and that when we no longer know which way to go
we have come to our real journey.

The mind that is not baffled is not employed.

The impeded stream is the one that sings.

This is Athabasca Falls. The river upstream is quite wide and as it comes around the corner suddenly narrows. In Wendell Berry’s poem, it is impeded and creates a great force that carves out solid granite.

I posted before about Athabasca Falls, but Kathy and I were there this summer and I thought I would share new pictures.

This is a view looking up river. The river is fairly wide and narrows rapidly at the gorge.

This is a view of the falls plunging into the gorge. According to the signs, the falls create, and recreate their path through the gorge constantly.

Kathy took this from the foot bridge which spans the gorge. I walked across which is a first for me. There are hiking trails on that side of the river that work their way further up-stream.

Kathy took this picture from the bridge to show the rings the water grooved into the wall of the canyon. It is like an old washing machine down there. 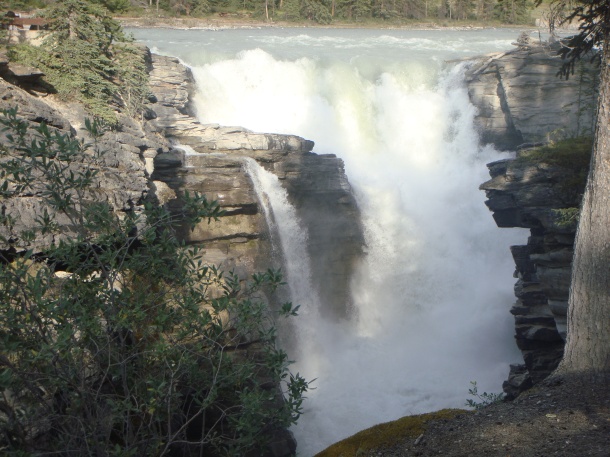 We got much closer to the falls on this side of the bridge. I got a much stronger sense of the power of the falls through the sound and the way it shakes the ground on that side. 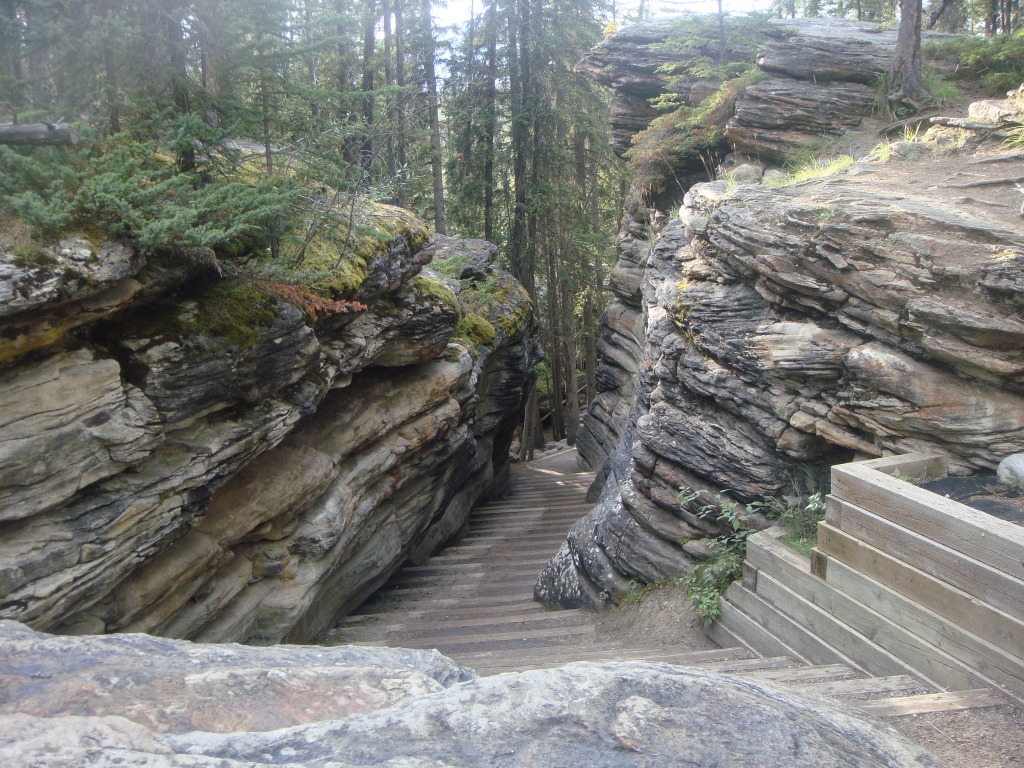 I walked down these steps which are an old channel for the river and the falls. The water carved a new path and abandoned this one. 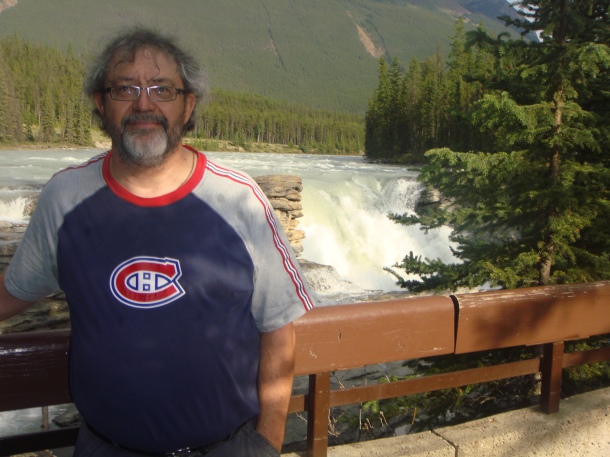 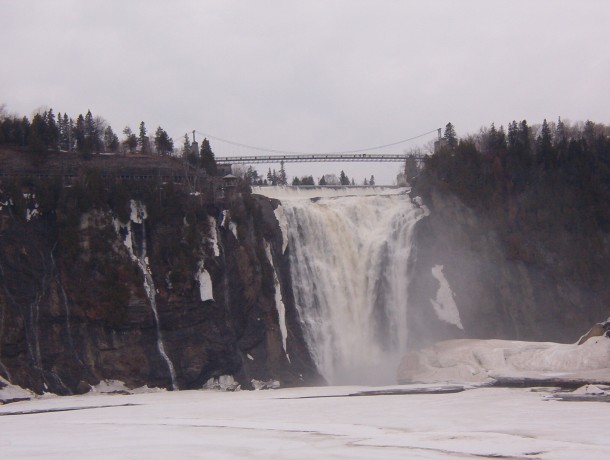 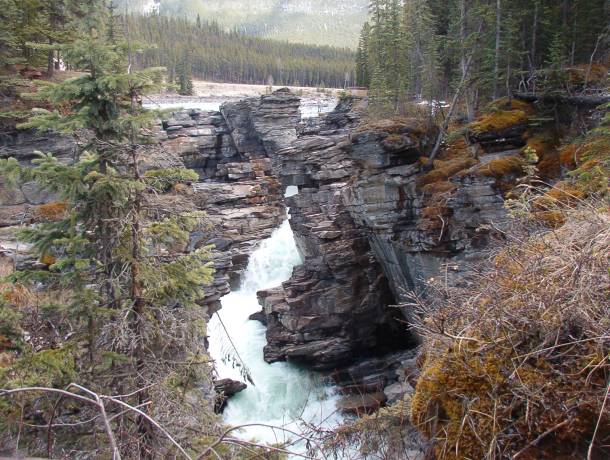 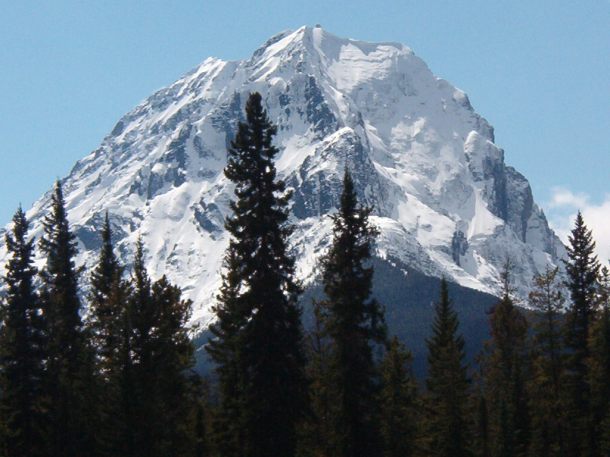 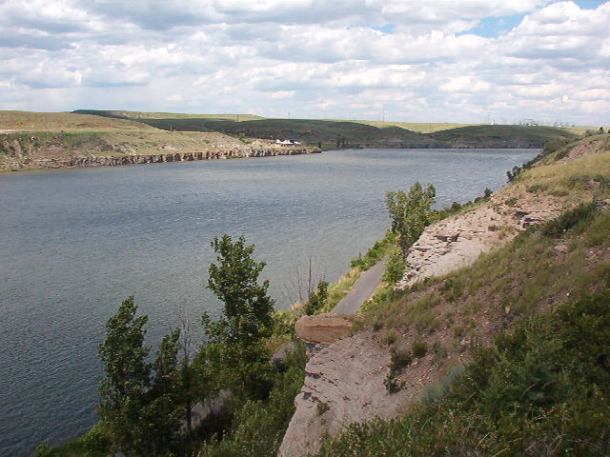